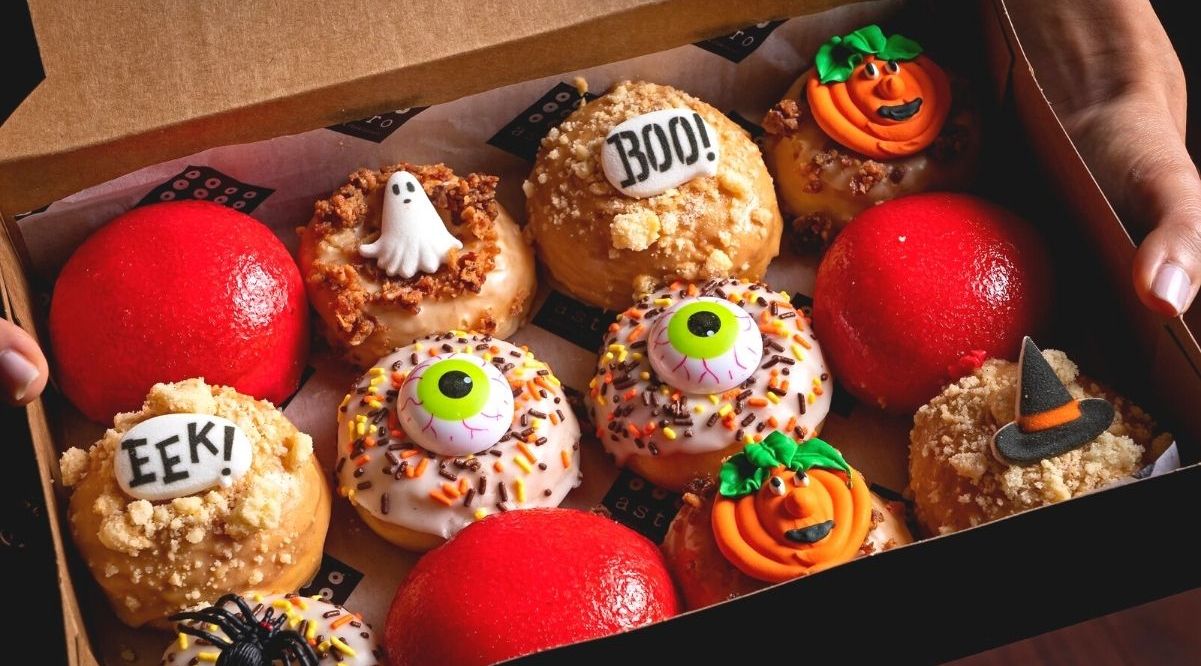 Popular boxes include 12 creative doughnuts that scare up delight

Astro Doughnuts and Fried Chicken has returned its much sought-after Halloween-themed mini-doughnuts box in 2021. The doughnut boxes are available at Astro’s three locations: Falls Church, and G Street and 7th Street stores in Washington, DC.

A $29 mini-doughnut box includes the following:

These treats are available for pre-order. For risk-takers, walk-in orders can be had as well, but not guaranteed.