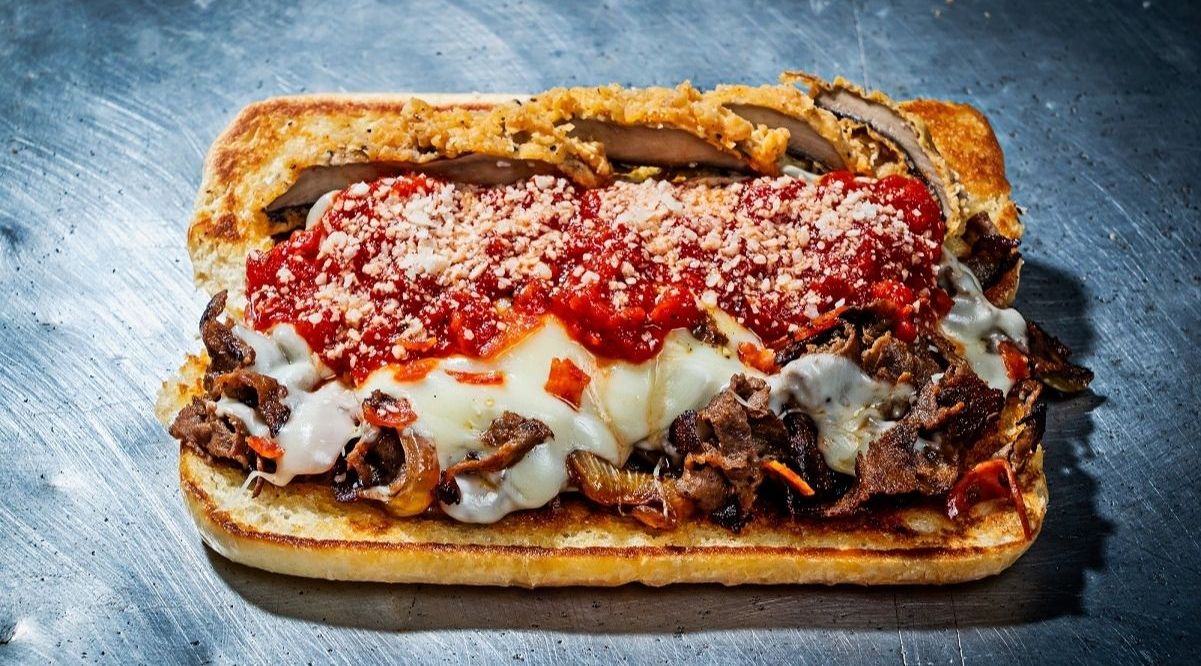 Professional hockey factored into the new concept’s debut. Previously, Halpern served as an assistant coach for recent Stanley Cup winners, the Tampa Bay Lightning. When the team would visit DC to play the Washington Capitals, Astro’s chef, Chris Kujala, and staff would try different test sandwiches on the athletes to inspire ideas for the spin-off concept that has now become Satellite Sandwiches.

Kujala’s culinary process has led to a collection of classic cheesesteaks, including the traditional Philly Classic, a Pizza Steak, topped with marinara sauce and fried mushrooms, and a Cheese Steak Hoagie. The team prepares the Hoagie with lettuce, tomato, mayo, and a pickle.

Baguette Republic is providing the toasted garlic-butter sub rolls for the cheesesteaks. Customers will have the option of having smoked Gouda cheese or melted provolone on their sandwiches at their preference.

Other creations that are sure to be favorites include Chicken Parmesan, a grilled lamb Gyro, and Portobello Mushroom “Asteroid,” a vegan-friendly iteration of Astro’s popular hot chicken offering. Kujala also has Wings, spiced-rubbed steak fries, and a soul-warming chicken noodle soup on the all-day menu as winter fast-approaches.

During the hours of 8 a.m. to 11:30 a.m., there’s a breakfast sandwiches menu available. Satellite’s customers can order up an Breakfast Burrito, stuffed with egg, hash brown, and breakfast sausage, a Steak and Egg Sandwich, and the BLT&E, which is a traditional BLT topped with two fried eggs served with chive mayo on a sub roll.

Satellite Sandwiches operates Monday to Friday from 8 a.m. to 5:30 p.m., Saturdays from 9 a.m. to 5 p.m., and Sundays 9 a.m. to 3 p.m. Customers can also pick-up advance orders at Astro Doughnuts and Fried Chicken (downstairs from Astro Beer Hall; no walk-up orders). DoorDash and Uber Eats currently deliver and Postmates will be added soon.