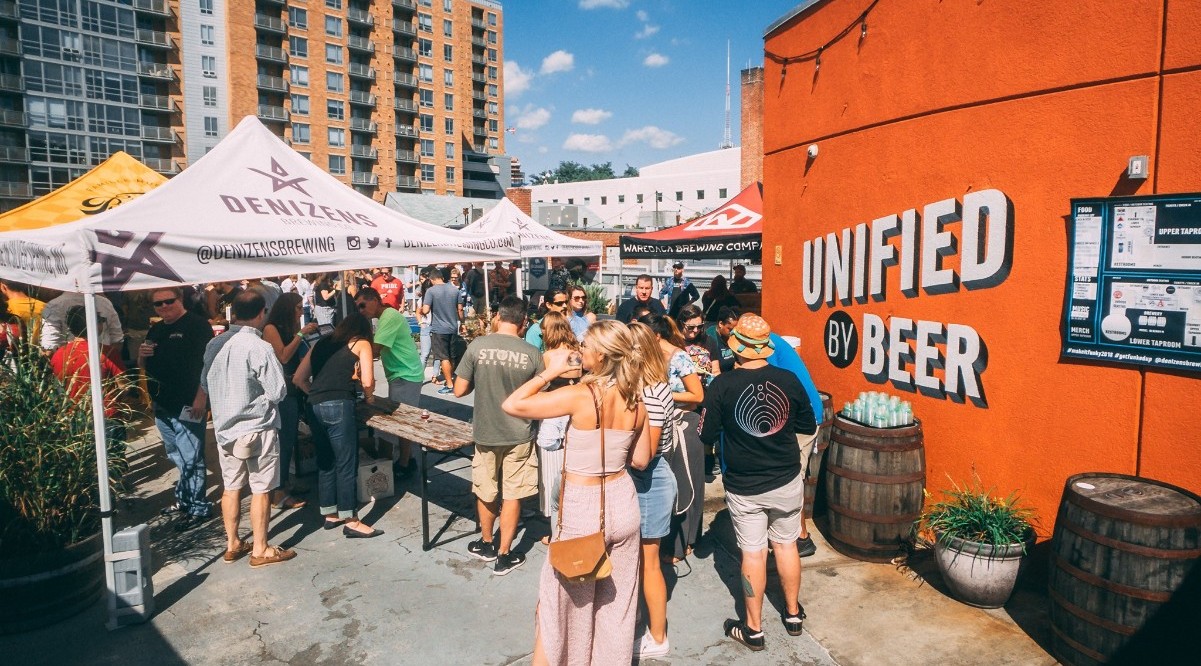 Denizens Brewing hosts the 2019 Make it Funky Wild Beer Festival on Saturday, September 28. The Brewery, with locations in Silver Spring and Riverdale Park in Maryland, will throw the party at its Silver Spring taproom and brewery.

The 5th annual Make It Funky Wild Beer Festival is a way for beer aficionados from across the Greater D.C. region to gather and sample “funky-flavored” and sour beers. Attendees will get sips from top area breweries, including Denizens Brewing Co, Black Narrows Brewing, 3 Stars Brewing Company, Union Craft Brewing, and Waredaca Brewing Company. ( Check out the full list of participating breweries below. )

The Make It Funky Wild Beer Festival plans to pack the upper taproom and expansive Denizens beer garden. DJ Kenny M. will be mixing up his own set of funky tunes as part of the entertainment. Also, a menu of festival food will be available. General admission tickets are available for $60. These include unlimited sample pours (1 p.m. to 5 p.m.), a sample glass, and access to live entertainment. If general admission tickets are still available, Denizens will off them at the door, but encourages online purchase.

Another option is to purchase VIP tickets for $75. These tickets provide attendees access to a special tasting of reserve beers from some of Denizens’ favorite breweries. With VIP admission, Denizens offers early access to chat with brewers and brewery representatives, unlimited sample pours (1 p.m. to 5 p.m.), a sample glass, and live entertainment. Attendees can only purchase VIP tickets in advance.