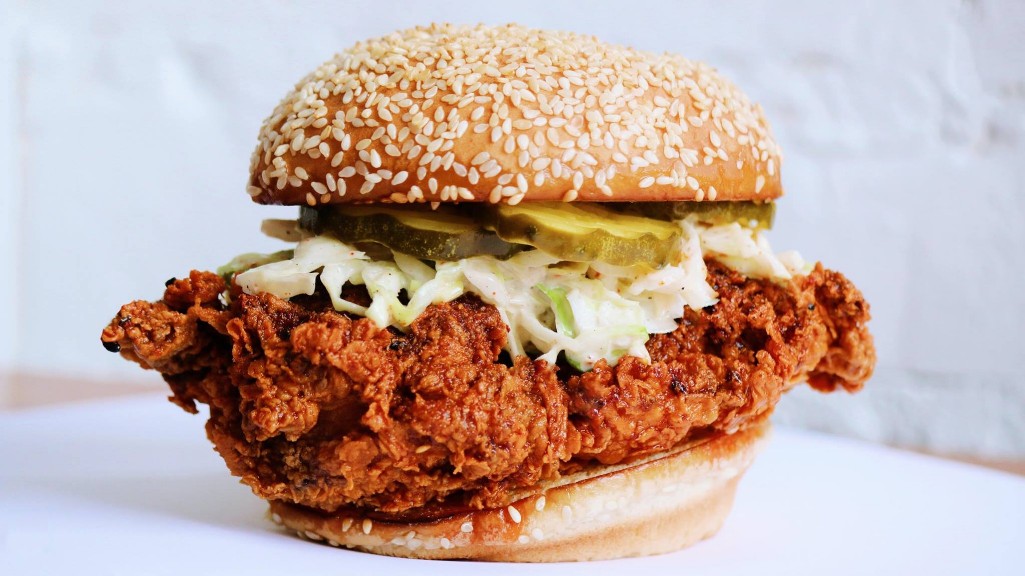 Chef Kevin Tien’s fast-casual concept in Arlington, Va. is almost here. Hot Lola’s debuts at the Ballston Quarter Market Sunday, March 10, according to Washingtonian Magazine and the Washington Post. The fried-chicken concept will be part of the collection of eateries that make up the Ballston Quarter Market. The food hall, plaza, shopping mall and rising towers there are part of a massive renovation of the previous Ballston Commons Mall.

In fact, there is more work to be done at Ballston Quarter, including work on a pedestrian bridge that connects the mall to the north side of the Ballston neighborhood, where the Ballston Metro Station and several high-profile buildings and high-concentration office buildings and hotels are located. Many of the food hall’s eateries were to open by last fall at Ballston Quarter, but there have been delays and some of the restaurants that were previously announced are no longer listed to be opening there.

The heat factor on the chef-created chicken ranges from ‘not hot” to “too hot,” notes its online profile.

Reportedly, Tien will be adding a four-percent surcharge to bills to fund employees’ health care, and eventually wellness benefits that include gym membership. There are a growing number of chefs in the area that are looking to improve the restaurant-worker ecosystem. This idea came from chef Abe Conlon and business partner Adrienne Lo of Fat Rice in Chicago, which instituted a similar four-percent charge.

Although the minimum wage in Virginia is $7.25, Tien will pay workers at least $13 per hour. Hot Lola’s provides additional information on the concept on its website here. There is an open letter to customers regarding the wellness charge, as well.