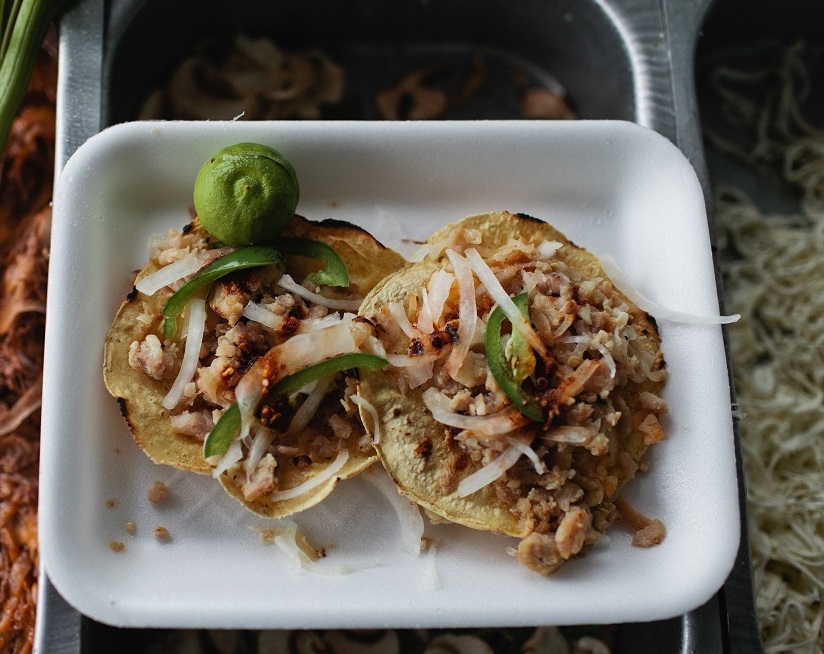 Update: The Restaurant Association of Metropolitan Washington (RAMW) has extended Winter Restaurant Week for another week until January 27, 2018 at participating locations. “Treat a furloughed friend to a great meal & help lift spirits during the government shutdown,” said RAMW in an emailed promotion to its mailing list. The updated list will be available Monday, January 21 at rwdmv.com.

Restaurants in and around Washington, D.C. are featuring delicious offerings at affordable prices during D.C. Restaurant Week (Metropolitan Washington Restaurant Week). During D.C. Winter Restaurant Week, sponsored by Events DC and the RAMW, an advocacy group for restaurants, brunch/lunch is available for $22 and dinner for $35 at participating locations. In D.C., DBGB Kitchen + Bar and Espita Mezcaleria are dishing out belly-warming brunch offerings.

At Espita, three courses at brunch include selections from Antojos (Appetizers), followed by three tacos or an “Entrada” (entrée), and finished off with a dessert selection. A chorus of Antojos include Ensalada de frutas with a chile and mint, Yogurt Parfait, with a blueberry compote, Avocado Tostada, with cashew butter, and Ensalada de Endivias with yellow endive and fennel. For tacos, Winter Restaurant Week-goers can pick from Brussels, Chorizo Y Huevos, Pescado, and Al Pastor. Brunch dessert is the chocolate hazelnut mousse & dark and chocolate sorbet.

In Arlington, Va., Baba looks to take the fun factor up a notch during D.C. Winter Restaurant Week. The starter of the “three-course” dinner for $35 is a drink option. There’s something for everyone, from beer to wine, mixed rail drinks and specialty cocktails. The Brazilian Smash and Zastava Sidecar are just two intriguing choices that hark to the restaurant’s Balkan influence and heritage.

Baba’s melody of diverse, menu offerings make D.C. Restaurant Week a true experience. Now that the drink is out of the way, diners have a good number of choices on the menu and can experience an appetizer and entrée. Among 10 appetizers, diners will find Prosciutto Croquettes, Calamari Frites, Foie Gras Mousse and Chicken Skewers as elevated options. Vegetarians and flexitarians will find four good options, including Forest Mushrooms with Kajmak, a creamy Balkan dairy product, with crispy polenta and truffles. Pasta, seafood and meat selections are bountiful for the entrée portion. As an example, the Shrimp with Ginger-Lime Aioli can be had. It’s served with microgreens blend.

This story was updated January 20.