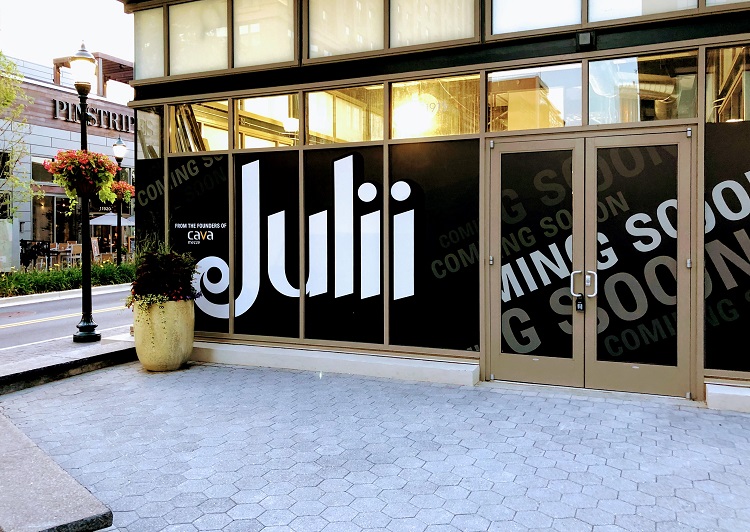 Julii will open at Pike and Rose, North Bethesda

Many eyes in the Montgomery County, Md. area are on the opening of Julii, a French-Mediterranean restaurant from the founders of Cava, opening at the Pike and Rose lifestyle development in North Bethesda, Md. Bethesda Magazine is reporting that Julii should open on either November 28 or 29, 2018 in line with previous reports from other news outlets, including Store Reporter.

Bethesda Magazine is also reporting that the owners have sold Sugo in Potomac, Md., another restaurant owned by Ted Xenohristos, Ike Grigoropolous and Dimitri Moshovitis, along with a few investors, to focus on Cava and Julii. The pizza and pasta concept will be sold to a loyal customer, Dhvani Vyas, who is also a Subway franchise. Vyas will maintain the current operational style and staff. The restaurant was opened six years ago by the trio who recently benefited from finalizing the acquisition of the Zoe’s Fresh Mediterranean chain for $300M. Cava will now operate approximately 330 Mediterranean-style restaurants in 24 states.

Sasha Felikson, a 2017 contender for the RAMMYS Rising Culinary Star Award, will serve as Julii’s executive chef and is finalizing the menu, reports Bethesda Magazine.