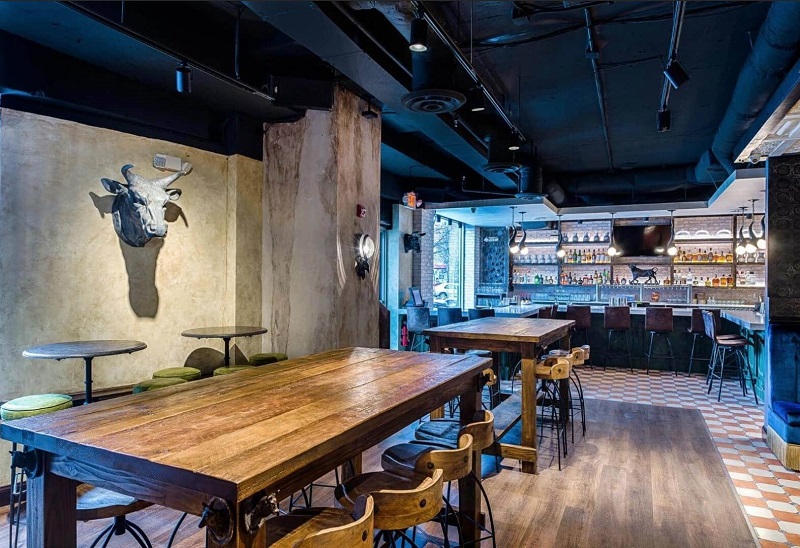 Diners in Arlington, Va. have benefited from a string of successful new restaurant openings over the last few years. The county has developed as one of the most exciting food destinations in America, as local restaurant groups aggressively expand and bring new concepts to the area. Although the momentum of new restaurants has slowed a bit in the last few years, two major restaurant groups in Northern Virginia are continuing to grow and develop new locations in Arlington.

With Scott Parker, Jason Fisher, Ryan DeMagistris, Nick Cordero and Mike Cordero at is helm, the MacNac Hospitality Group has made a name for itself in Northern Virginia for its diverse offerings and consistent growth. A-town Bar and Grill, which MacNac opened in 2012, has become a staple of Arlington’s bar scene. It is well known as a lively feature of Arlington’s nightlife. In 2016, MacNac opened two more restaurants in Arlington; Mexican-inspired cantina Don Tito, and upscale bourbon bar and restaurant Barley Mac, in partnership with Jonathan Rennich, which offers more than 50 selections of bourbon.

Barley Mac, which the Eatery Pulse Network has previously reported on, has drawn considerable attention for its diverse bourbon offerings and creative cocktails. In addition to more than 50 bourbons, Barley Mac also puts forward an Italian-American comfort food menu that puts a twist on familiar dishes. The brunch menu, for example, includes breakfast gnocchi and breakfast pizza.

MacNac also operates The G.O.A.T. (Greatest Of All Time), which it launched with Ramesh Chopra, according to Arlington Magazine, in Arlington and Don Taco in Alexandria. The former is a massive 350 seat sports bar that has had considerable success. The G.O.A.T, which MacNac opened in 2017, provides classic American comfort food options and entertainment to Arlington sports fans.

MacNac Hospitality Group is not the only major player in Arlington’s growing restaurant scene. Locally-based Social Restaurant Group (SRG) made its appearance in the area over the last few years with several openings in the D.C. area, and three restaurants in Arlington alone, with more on the way.

Both Social Restaurant Group and MacNac Hospitality Group have cultivated a broad variety of restaurant concepts, drawing from many cultural influences in each of their restaurants. And both groups have stuck to a strategy of continual growth. But while the two groups are similar in many respects, MacNac hospitality group seems to be geared more toward nightlife than SRG.

One of SRG’s popular locations in Arlington is Pamplona, a Spanish tapas restaurant and sangria bar which SRG opened in 2017 in Arlington. SRG also operates Bar Bao, an Asian fusion restaurant, and The Stand, a food court that involves a rotation of local vendors, all located in Arlington.

Social Restaurant Group has recently announced plans for a new location in Arlington called The Lot. This will be Arlington’s first outdoor beer garden, which SRG plans to open in Spring of 2018. SRG has already secured a location for The Lot on the site of a former used car dealership.

Between them, Social Restaurant Group and MacNac Hospitality Group cover the broad spectrum of restaurant concepts. Both groups have continued to innovate and develop new restaurant ideas without much overlap. But recently, SRG announced plans for a food hall location in Arlington. This project has many similarities to MacNac Hospitality’s The Stand, as both will incorporate local vendors into a shared space. Besides the similarity in concept, not many details on this project are available, and repeated inquiries to SRG’s press representative received no response.